Visiting 28 friends in 30 places in 5 minutes

Watch me travel all around the world over ten years.

After writing this travelogue for ten years and creating travel videos for five, I decided it was time to try to capture the spirit of Without Baggage in a short video. It took me a couple months of intermittent work to end up with I don’t take beach selfies, which you can watch above. In the five minute video, I visit 28 friends in 30 destinations around the world. 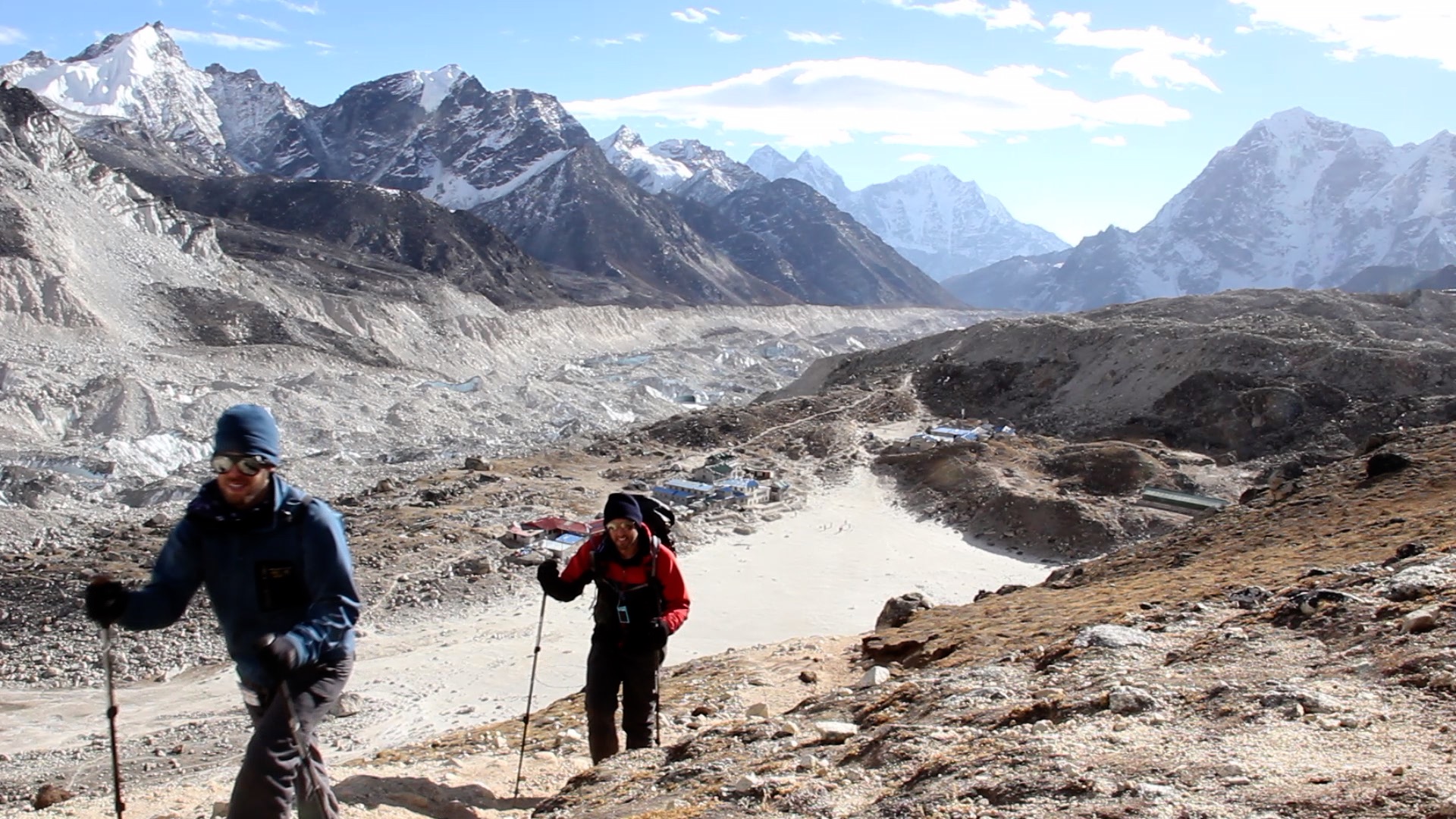 Brian and Hank hiking up Kala Patthar in Nepal.

Making this video was hard for a bunch of reasons. I have over 8,000 gigabytes of video footage from the past five years, and it was almost too much to look through. Nevertheless, my heart broke as I looked through the footage and discovered the number of trips I had taken (before phone cameras and DSLRs) without filming anything. Then, even when I finally pulled together a string-out of my favorite moments from the last five years, trying to cull the 15 minutes of material to a mere 5 five was agonizing. I know that some travel-focused YouTubers have two-minute highlight reels which pack in nearly 100 destinations, but my travelogue has always been focused on narrative. I wanted my video to feel like watching a group of compelling stories, as opposed to a breathless reel of bungee jumps and beach selfies.