How my wish to become a flying martial artist came true in rural China.

MÙKÄ’NG BAMBOO FOREST, Ä€nhuÄ«, China — Having parted ways with my friends (and indispensable Mandarin translators) Meggie and Ricky, I’m sitting next to the xiaojie (young woman) at my hotel’s front desk, typing furiously into Google Translate. We’re trying to have a conversation via translation robot about visiting Hóngcūn and Xīdì, two ancient villages and UNESCO World Heritage Sites which boast an elegant architectural style dating back to the Qing dynasty (1736-1796). It’s not easy. 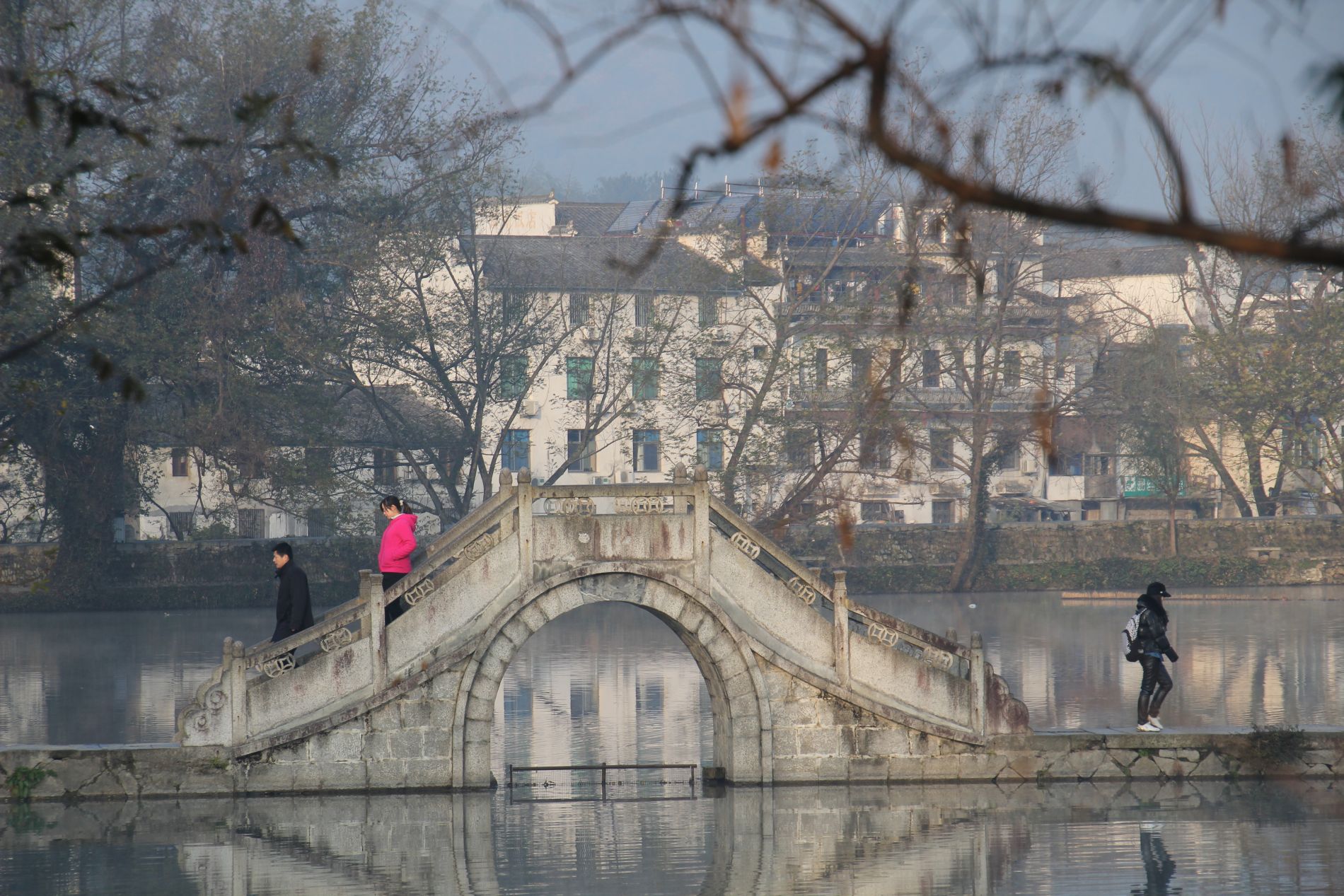 The bridge across South Lake in the ancient village of Hóngcūn was featured in the opening scene of Crouching Tiger, Hidden Dragon.

Truthfully, it’s not the villages’ nerdy architectural attributes — homes with special courtyards designed to serve as kind-of air conditioners, carved-stone door frames, windows with complex latticework, and visitor viewing verandas — that interest me as much as the fact that scenes from Chinese martial arts film Crouching Tiger, Hidden Dragon (the most successful foreign language film in American history) were set in these villages. The movie tells the story of a young woman (Zhang Ziyi) who yearns to escape her imminent arranged marriage to live as a warrior with total freedom. Her life is further complicated by her lover, a young desert marauder (Chen Chang), who tells her that, according to legend, God will grant one wish to anyone who jumps from the top of a mountain. 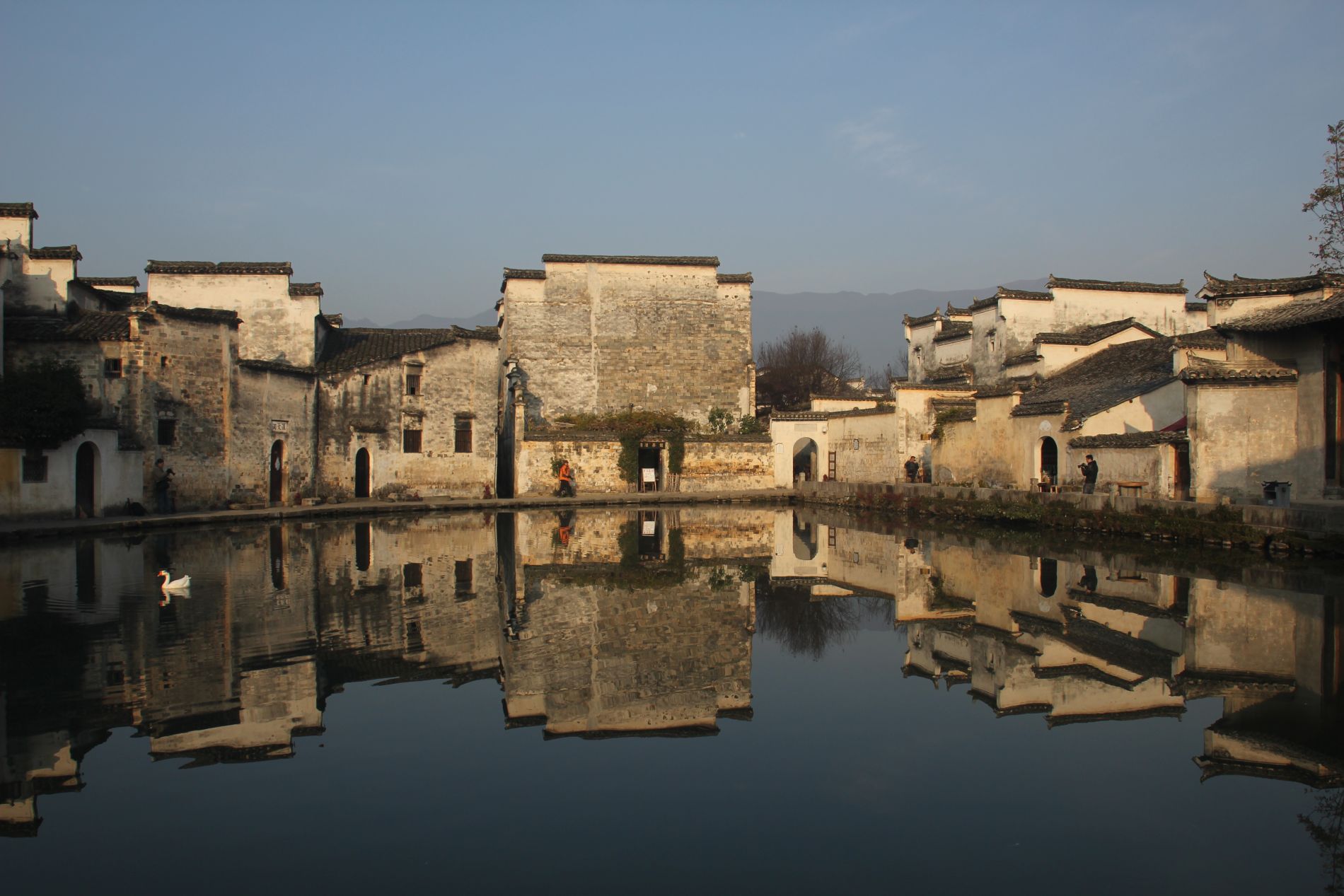 Hóngcūn’s beautiful, crescent-shaped Moon Pond sits in the center of the town.

Like most Americans, when I first saw the movie and its scene in which Zhang Ziyi’s and Chow Yun-fat’s characters fight against each other, soaring through a lush, green bamboo forest, I had never seen anything like it. Afterward, newly interested in wuxia (Chinese martial arts) films, I saw House of Flying Daggers, a movie directed by the talented Zhang Yimou, who went on to direct the 2008 Beijing Olympics ceremonies. I was so astonished by the movie’s bamboo forest scenes — scenes photographed so deliciously that at times they seemed like forest pornography — that I promised myself I’d hike someday through a Chinese bamboo forest. I admit that taking a pilgrimage to a forest from a movie isn’t the best reason to travel somewhere, but, well, sometimes a tiny key opens an enormous door. 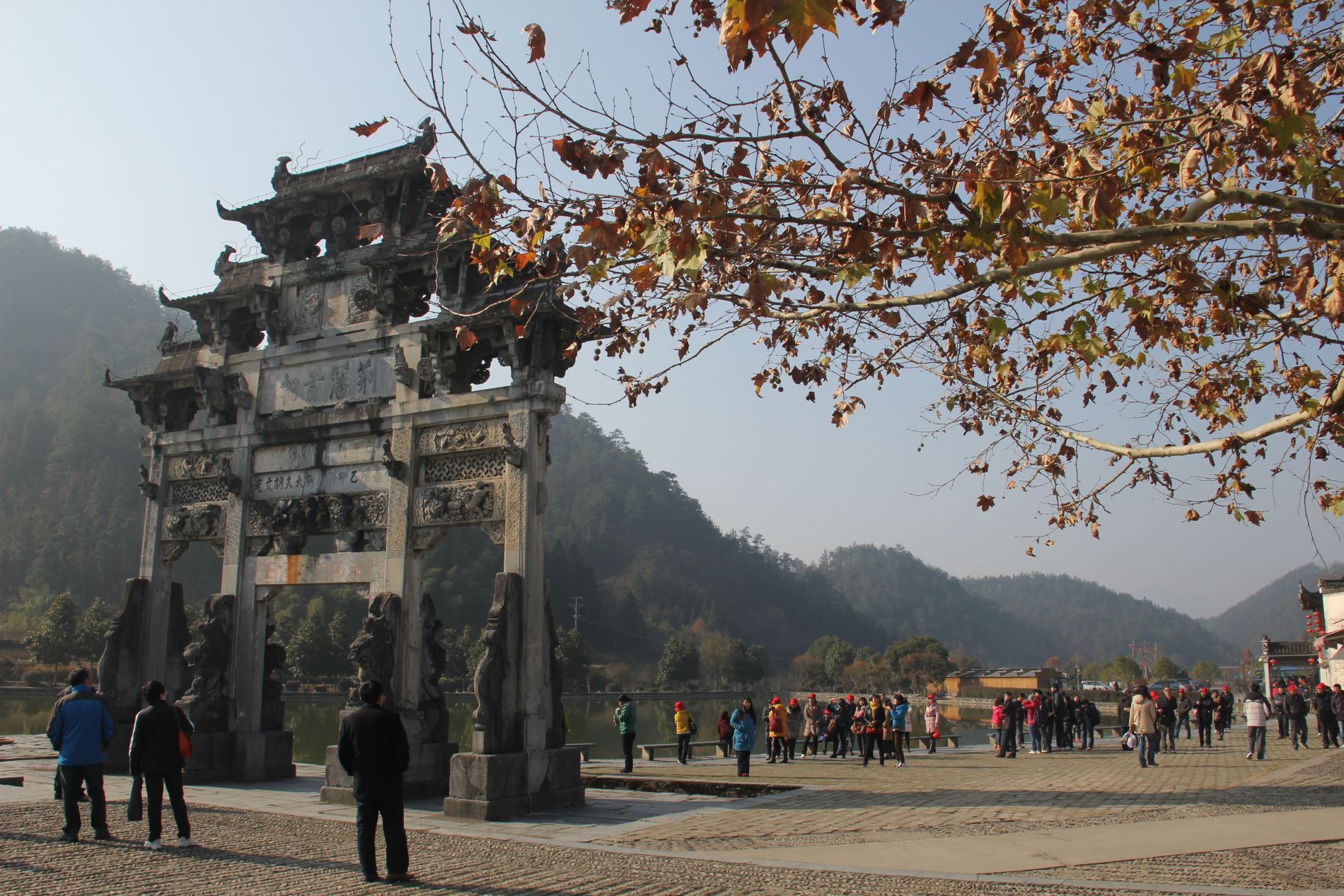 It’s a strange kind of fun, trying to negotiate travel arrangements to ancient Chinese villages using Google Translate — so strange, in fact, that sometimes it can be the opposite of fun. When the woman at the desk’s bus station directions from Google appear — “Bus station is just short four year walk past dragon” — I decide to accept her other offer to join a group tour of the two villages instead, to simplify logistics. Soon enough, I’m in a mini bus with nine Chinese tourists (I still haven’t seen a Western tourist during the entire week I’ve been in China), heading toward Hóngcūn, the town with the sparkling lake and traditional entrance bridge featured in the first scene of Crouching Tiger. When we arrive, a xiaojie tour guide, who only speaks Mandarin, leads us through Qing dynasty homes and the town’s intricate maze of cobblestone streets, dazzling us with fascinating historical narratives about the town. Or, at least, I imagine that’s what it would be like, if I were in an alternate universe where I could understand anything she’s saying. At one point, a stray Chinese architecture student named Rose starts talking to me, managing to explain that she’s a Chinese architecture student named Rose. Then, her English runs out. Eventually, she succeeds in making me understand that she’s in Hóngcūn doing research for a college project. I want to impress her with some intellectual architectural analysis, but instead I blurt out how excited I am to be seeing some of the gorgeous sets from Crouching Tiger in person. She looks at me like I’ve just arrived from another planet. I realize that, essentially, I have. 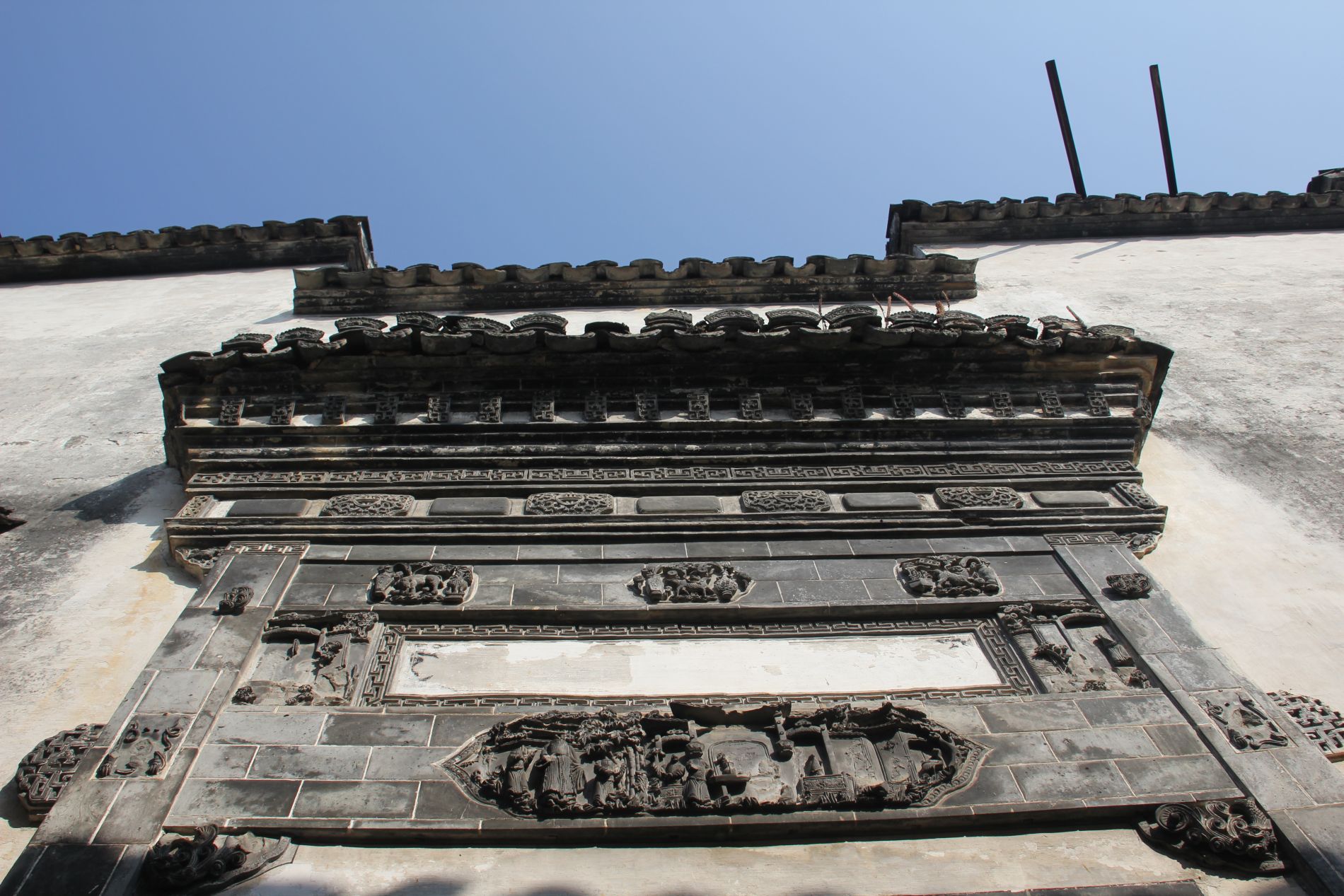 So, I mostly try to stay as close as possible to my gaggle of Chinese tourists, hoping I won’t get lost in the labyrinth. While they’re (presumably) talking about the importance of the Moon Pond, I imagine arriving in the town from the desert of China’s Xinjiang region, flying over the city’s slate tiled rooftops and skipping across the crescent-shaped, shimmering Pond. While they’re looking at the intricate stone carvings above the entrance to the Chengzhi Hall residential compound, I imagine swooping in with the Green Destiny Sword to save the beautiful Zhang Ziyi from an arranged marriage and spend the rest of our days together traveling across rural China. 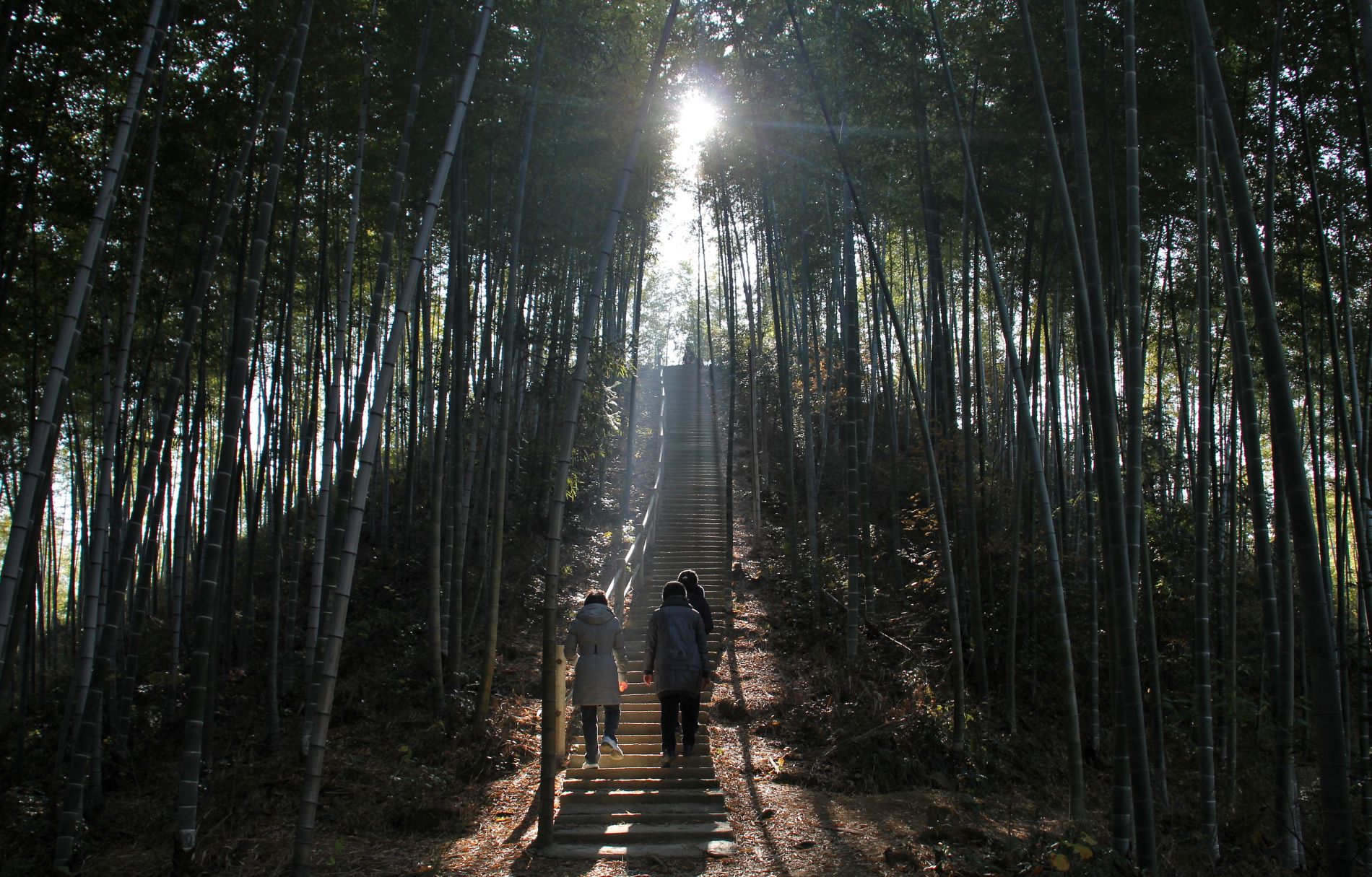 During our tour of Xīdì, I become separated from my group for a while after being sidetracked by a bunch of Chinese students who want me to pose with them for photos in front of the town’s ancient Huwenguang Paifang entrance arch. When my photo shoot is over, I latch on to another tour group to lead me through the town — or, at least, I think that it’s a different tour group. I’m not sure because most tour groups have an identical composition: a young, recently married couple, two middle-aged Chinese couples, and a fourth couple carrying a two-year-old boy. As we walk, I guess that China’s one-child policy, which restricts urban couples from having more than one child through a system of heavy fines, is one of the reasons for this uniformity. It occurs to me that the overrepresentation of young boys among these middle-class Chinese tourists is, most likely, a result of this policy’s tendency to incite sex-selective abortion of girls. (In 2009, the gender ratio of Chinese males to females was 119:100.) 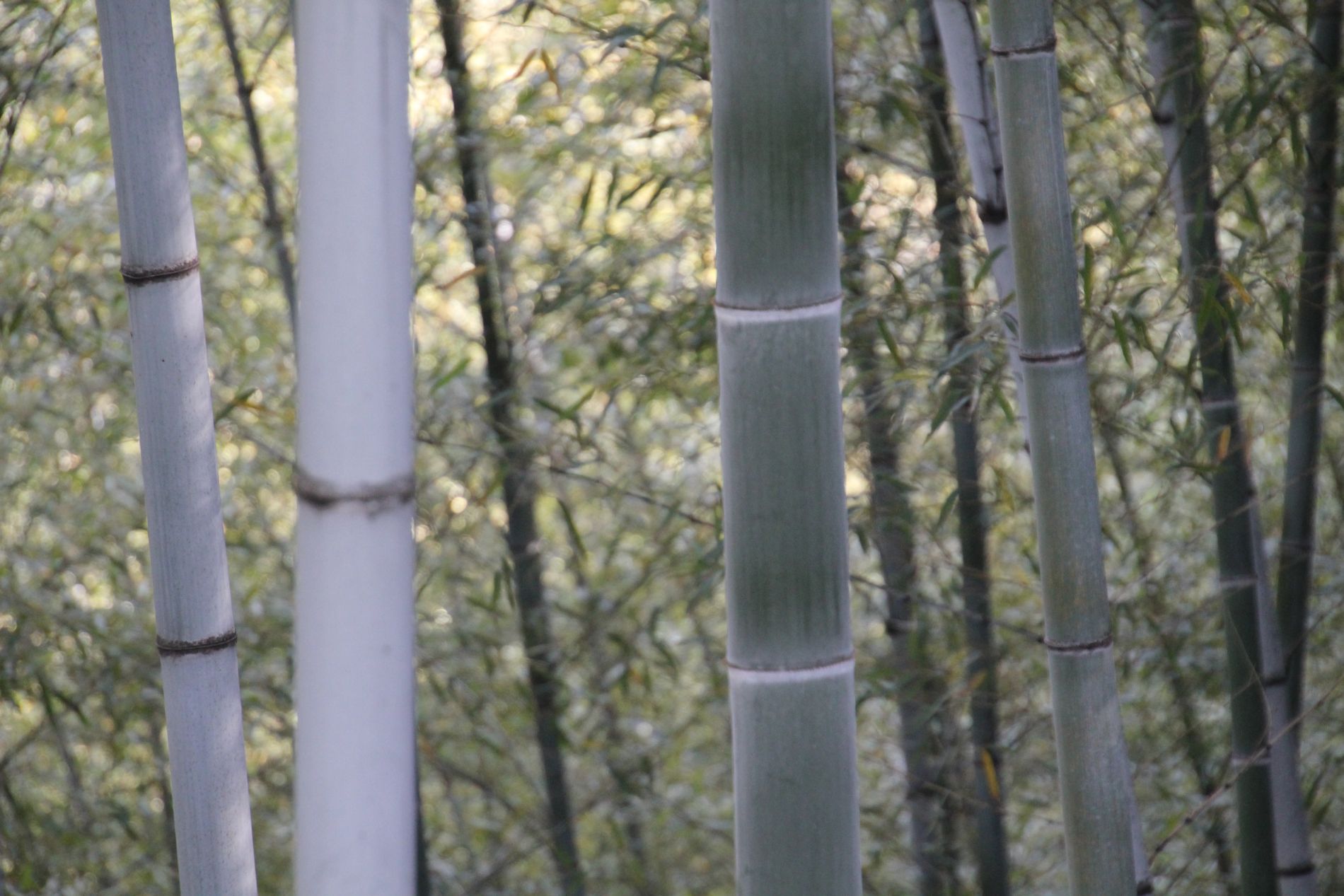 After the tours, with the help of the Google Translate iPhone app (if you don’t speak Mandarin, do not visit China independently without it or the offline-capable Jibbigo), I tell our tour guide that I am going to separate from the group instead of returning to the hotel. I plan to take a taxi by myself to the nearby Mùkēng Bamboo Forest, the same bamboo forest used for the backdrop of the fight scene in Crouching Tiger (not part of the tour). Some of the tourists in the group look strangely startled that I am deviating from the tour’s itinerary before its planned completion. I’m kind-of hoping that the group’s younger couple will jump at the chance to hike through a sparkling, emerald bamboo forest and join me, but it appears that diverging from the group is taboo. I get the strange sensation that I am the first person, ever, to split from a Chinese tour group’s itinerary and go off on my own. (To be fair, separating from an American tour group in the US would probably elicit a similar reaction, though I might find it easier to recruit followers.) I say “xìng huì” (“Nice to meet you”) to each couple and jump into a taxi. (But, since Mandarin-ignorant Westerners usually are incapable of affecting Chinese tones correctly, it’s also possible that I accidentally announced to the group that my hovercraft is full of eels.) 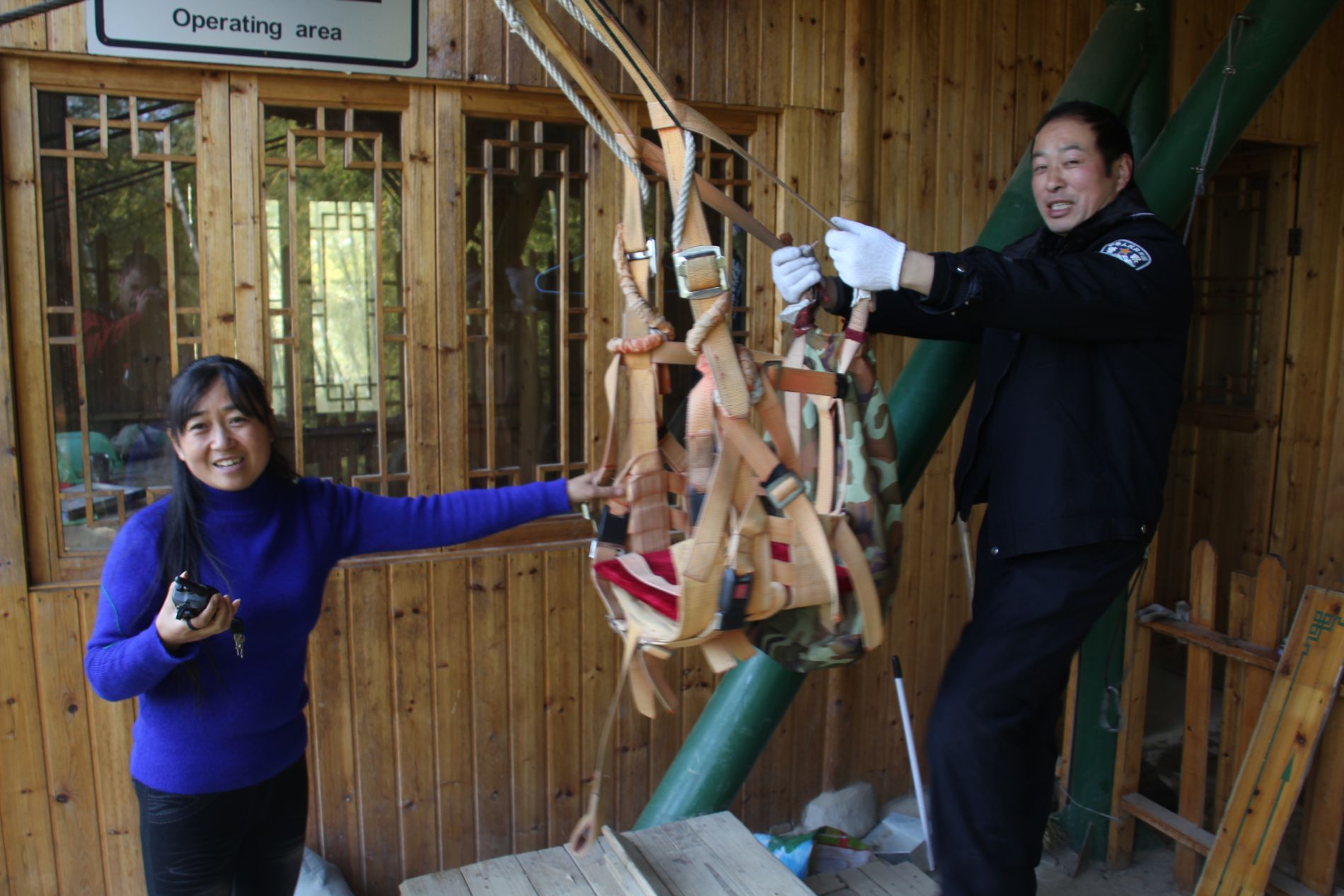 At the Mùkēng Bamboo Forest, I’m relieved to find many fewer tourists as I climb steep stairs (the Chinese seem to hate leaving the wilderness wild) through the verdant forest onto a ridge encircling the glittering forest floor. I spend a lot of time trying to take photos of green trees that match the beauty of House of Flying Dagger‘s photography. I don’t succeed.

After about 30 minutes of hiking, I encounter a small wooden shack with an inscrutable sign. When I go inside, a woman greets me and points to a flying fox — a zip line with an attached harness — leading across the valley. Before I can use Google to ask her in Mandarin whether the cable undergoes regular safety checks, she ushers me into the harness.

Standing high on the ridge, I make a wish. Then, I jump into the abyss. I feel a strong blast of wind on my face and see a rush of blurred emerald green as I soar above the bamboo forest. I’m wielding the Green Destiny Sword. Zhang Ziyi is at my side.

OVERVIEW: The Huīzhōu villages of Hóngcūn (Y80/US $13 admission) and Xīdì (Y80/US $13 admission) are ancient villages near China’s Huangshan (Yellow Mountain) in the province of Anhui. The Mùkēng bamboo forest (Y30/US $5 admission) is only 5 kilometers from Hóngcūn and has a two-hour trail leading through the forest and following a ridgeline. Seven other ancient villages: Tachuan, Nanping, Guanlu, Chengkan, Tangmo, Shexian, and Yuliang also circle the area and are much less popular with tourists. If you despise the omnipresent Chinese tour groups, you may want to try visiting some of these villages instead.

LOGISTICS: The fastest way to get to Huangshan is to take the one-hour flight from Shanghai to the Huangshan airport (in nearby Tunxi). You can also take the bus from Shanghai (6.5 hours, Y120/US $20). The easiest and most expensive way to visit the Huīzhōu Villages is to hire a taxi (about Y250/US $42 plus Y80/US $13 per village admission) to take you to the two and back to your hotel. For a cheaper option, any hotel in the Huangshan area will happily put you on a tour with Chinese tourists in a minibus (Y260/US $43, which includes the Y80/US $13 per village admission). The cheapest way to visit is from the Tunxi long distance bus station, where buses run directly to Xīdì (Y12, one hour) and then to Hóngcūn (Y14, 1.5 hours). There are also local buses available from the Yixian bus station, which you can get to from the Tunxi long distance bus station.